Welcome to the age of Antibiotic Resistance where one day soon a simple cut on your finger could kill you. This is not some scifi scenario but a very real threat where superbugs are not only increasingly common and deadly,  but also unresponsive to the pharmaceuticals we have.

“Far from being an apocalyptic fantasy,” an era of modern health care without antibiotics “is instead a very real possibility for the 21st century,” states the World Health Organization. For instance, 58,000 babies died last year in India because there was nothing they could take to combat their infections.

Antibiotic Resistance (AR): The Return of the Dark Age

Facts At A Glance:

Here is a safe alternative to antibiotics: Check out our special offer!!  use coupon code ‘3pack’ and get 10% OFF

Not All Germs Are Created the Same

AR has developed for various reasons, which include:

1) Misuse and Abuse: Doctors prescribe antibioics like candy and often wrongly so. For instsance, they often prescribe them to treat viral diseases that can’t even be cured with bacteria-killing drugs. What’s up Doc?

2) Drugs in Meat: In the early 50s, the FDA approved their use in animal feed, based on studies showing they helped chickens, pigs, and livestock put on extra weight.  In addition to making animals grow faster, they’re used preventatively to compensate for overcrowded and unsanitary conditions.

3) Food We Eat: AR is also spread via fertilizer or water-containing animal feces and drug resistance bacteria. This means it get on food crops.

4). Unregulated Usage: In places like Central America, you can walk into a pharmacy and ask for an antibiotic without a prescription. For instance, during my trip, a friend contracted Hep A (a virus) and bought some the penicillin antibiotic Amoxicillin. I warned him against it and even found evidence showing that this medication can ironically cause Hep A.

“Every time antibiotics are used in any setting, bacteria evolve by developing resistance. This process can happen with alarming speed,” said Steve Solomon, M.D., director of CDC’s Office of Antimicrobial Resistance. “These drugs are a precious, limited resource — the more we use antibiotics today, the less likely we are to have effective antibiotics tomorrow.”

Imagine having a pan-resistant infection with no effective treatment available?

Prevention: When Enough Is Enough

HoneyColony believes that the antibiotic resistance crisis can be avoided. The cost of taking action can be small if we take the right steps:

Check out this infographic on Care2 about other ways AR spreads. 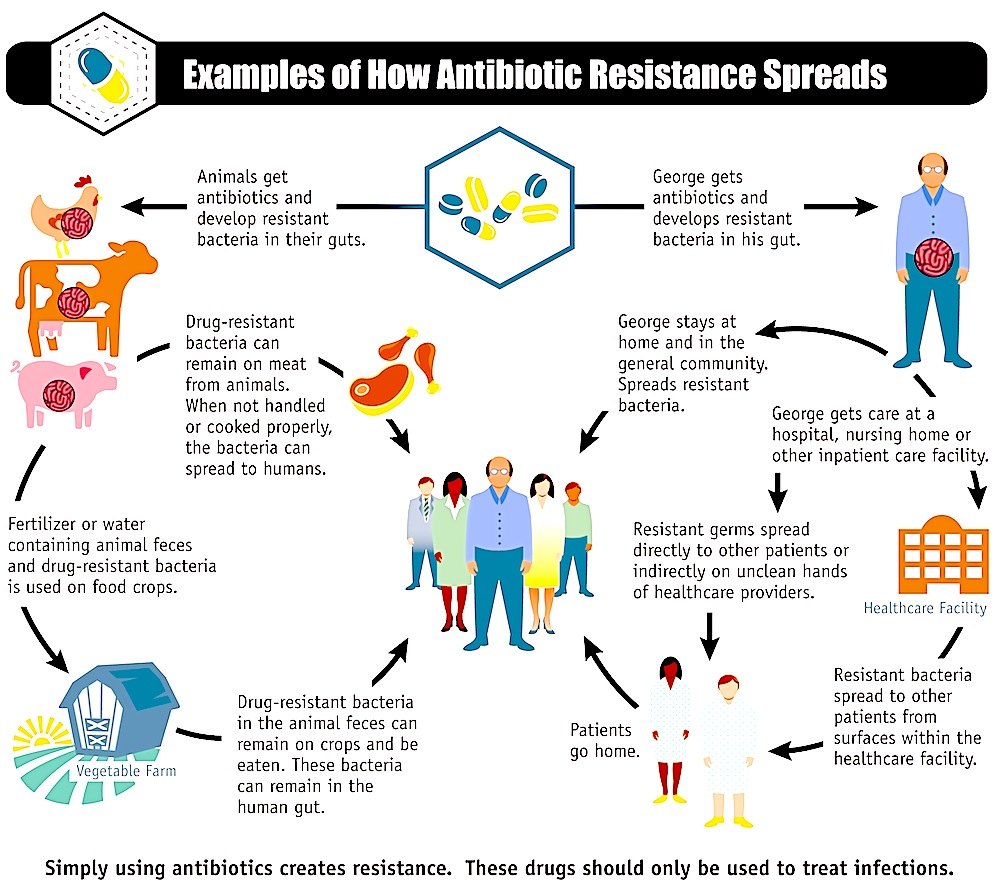 Silver oxide is an ancient healing secret that was wiped off the medicinal map after antibiotics – specifically penicillin – were discovered in the early 20th century and patented by Big Pharma. Since you can’t patent silver in its natural form,the age of antibiotics buried the legend of silver oxide.

A few important facts about 3rd Rock Rashblock which HoneyColony would like to rename, Silver Panacea.

The other alternative is to use high-quality colloidal silver in which particle size has been optimized. Quality colloidal silver gets expensive ($18-20 per ounce) over time, but can be solved with a DIY solution. The market has a lot of different machines available but the quality is hard to guarantee without proper lab tests. We did a comparison of over 12 different machines and found one that controls the particle size with a microprocessor, is small enough to be portable, and guarantees that the source water and process is flawless. Check out our Silver Healer. With proper use of colloidal silver you can:

Watch the teaser for the documentary film Resistance: Because not all Germs are created the same: