Coffee is one of the largest and most important crops in the world. It spills across cultural boundaries and generates roughly $18 billion in sales in the United States alone. About 54 percent of the US population enjoys a daily dose of caffeine, be it an espresso, cappuccino, latte, or hot/iced coffee. Of that percentage, each coffee drinker consumes an average of 3.1 cups.

Dating back to the 10th century, coffee has gone from “instant” Nescafé, the most popular post-World War II beverage, to a Starbucks  Frappuccino with extra whipped cream and chocolate sauce. (One year Nescafé’s entire annual production —in excess of one million cases– went solely to the military.

But are coffee drinkers doing it right?

We’ve adulterated our coffee with cream, sugar and flavorings, says Joan Salge-Blake, nutrition expert, lecturer, and clinical associate professor at Boston University. “And now what people are drinking is almost like a sweetened coffee beverage.”

“Coffee contains over 1,000 compounds including bitter alkaloids, which stimulate digestion, boost immunity in the digestive tract and the ear, nose and throat, increase liver detoxification activity, stabilize blood sugar levels, and even open the bronchioles in the lungs,” adds Dr. Maya Shetreat-Klein, founder of Brainmending.

Coffee’s revival among serious connoisseurs who appreciate its medicinal value as well as its  roasted flavor and special brews, has made it a chic global phenomenon.

Here are 5 ways to make the most out of coffee drinking.

A drink you buy at Starbucks could contain up to 25 teaspoons of sugar per serving, according to a new report by British campaign group Action on Sugar.

Their Hot Mulled Fruit – Grape with Chai, Orange and Cinnamon Venti is the worst offender, containing more than three times the recommended maximum daily intake of sugar for adults! To put this into perspective, that’s like drinking almost three Cokes or eating five muffins.

Sugar is addicting and its effects on the body are devastating. Our ancestors only ate natural sugars found in foods.

Currently, the average American consumes 130 pounds of processed sugar a year. This can lead to diabetes, obesity, heart disease and numerous other health issues that ravage millions of lives.

Even if you aren’t lactose intolerant, dairy should also be avoided. It’s filled with hormones and antibiotics, disturbs your body’s natural pH balance and is highly inflammatory. Dairy can also contribute to cardiovascular disease through high cholesterol, ovarian cancer through an excess breakdown of enzymes, and diabetes through sparking auto-immune reactions that cause the body to destroy insulin-producing cells. Also, consider the same pesticide run-off that leaves crops and makes its way into the fields where cows graze daily.

Meanwhile creamers, whether regular or non-dairy, don’t enhance your health. Many dairy creamers contain casein, a milk protein that can trigger reactions in people with milk allergies or lactose intolerance. High-fructose corn syrup, partially hydrogenated soybean oil, dipotassium phosphate, and sodium stearoyl lactylate are all common ingredients in creamers – each one as toxic as the last.

Coffee is highly acidic and has the ability to stimulate hypersecretion of additional gastric acids. And decaffeinated coffee is higher in acidity than regular coffee because of toxic methods used to extract the caffeine (think toxic solvents). In addition, coffee speeds up gastric emptying, causing acidic contents from the stomach to enter the small intestine prematurely. For those with gastrointestinal issues, coffee and caffeine intake should be limited since it can increase ulcer risk factors.

If you are one of the 40 million people who avoid coffee because of stomach irritation, it may be because you are not drinking the right kind.

The  American Chemical Society found that dark-roasted coffees are easier on the stomach than light or mild roasts because they contain a substance that tells the stomach to reduce production of acid. So you may not need to give up your beloved espresso.

Of course variety and roasting methods are important variables. Differences among coffee roasts are due to the chemical reactions that occur in coffee beans at certain temperatures. These chemical reactions impact aromatics, acid and other flavor components influencing the “perfect” flavor, acidity, aftertaste, and body.

There are a growing number of specialty coffee brews marketed as stomach friendly. The trendy cold brew coffee is another way to curb acidity.

“Cold brewing is gaining popularity in the US, not just because of its smoother and sweeter taste, but because studies have shown it’s healthier for you,” explains Jackie Ardey, owner of Cold Brew Kitchen.

“The cold brewing process produces a superior taste that can be enjoyed hot or cold – and it’s much less acidic, making it easier on the stomach.“

What makes cold brew unique from iced coffee is its method of preparation. Instead of using chilling hot coffee, the coffee grounds sit in water for 24 hours. The grounds are then filtered from the liquid, producing a highly-concentrated blend.

Contrary to popular belief, cold brew can be enjoyed as a warm drink. Its concentrated brew can be heated up and added to warm water and/or whatever form of steamed milk you wish to use.

Coffee is more than a drink. Try these 20 additional uses for coffee to make the most of this versatile bean. 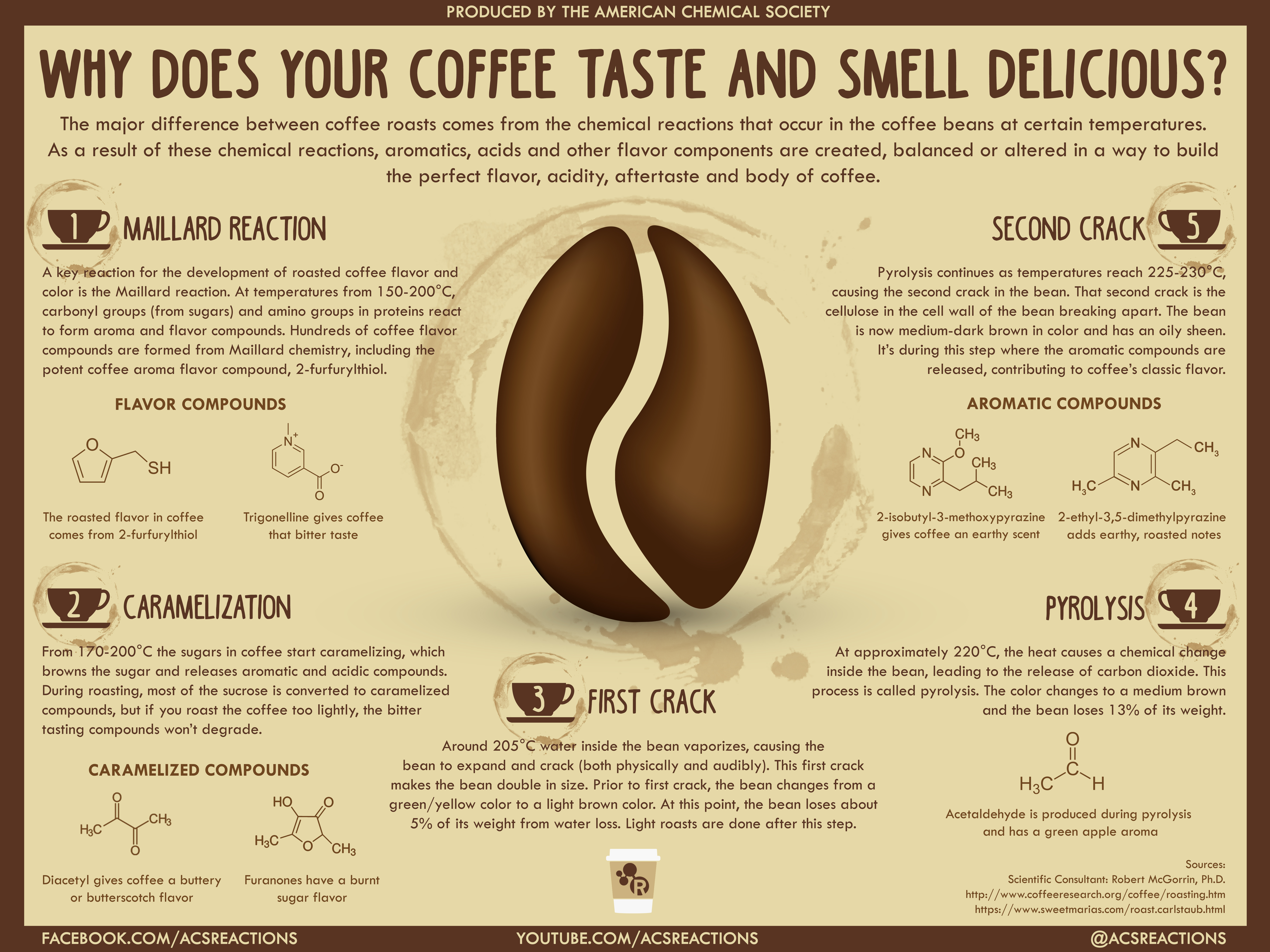 3. Opt for Organic or Fair Trade

Just like most crops, coffee beans are sprayed with pesticides. And lots of them. The dangers of pesticides are no mystery, and if you eat organic, don’t skim on your fresh cup. Consider that most coffee is imported from countries that have different laws and regulations for spraying pesticides.  Although the pesticides used by foreign growers may be illegal here, they can still make their way into our system via imported foods.

While you’re at it, be sure to use clean water  to brew your coffee.

“Tap and bottled water contain tons of toxic poisonous chemicals, such as arsenic, chloride, and fluoride,” says Rebecca Lee, a registered nurse and founder of RemediesForMe.com. “These toxins do not get filtered out easily, so invest in a good water filter.”

On the importance of using organic coffee beans, Lee adds, “Coffee is one of the heaviest chemically treated foods in this world, so it is important to drink quality coffee. Conventional coffee is bathed in chemicals numerous times before it reaches the stores.”

Another danger in purchasing non-organic or fair traded coffee are mycotoxins. Mycotoxins are produced by fungi that grow on coffee beans. A study showed that nearly 92 percent of beans are contaminated with mold. Mycotoxins, which are released from the mold, have been linked to numerous organ injuries and specifically liver cancer.

Although roasting can destroy some of the mycotoxins, it is not always guaranteed. In order to decrease the likelihood of consuming this cancer-causing toxin, try these simple steps:

Add Ghee, unsalted grass-fed butter or organic coconut oil, and suddenly your body will produce more ketones. These are acids made when your body begins using fat instead of carbohydrates for energy.

This alchemy helps give you focus over a longer span of time without the jitters or a crash.

How to Make Bulletproof Coffee on the Go w/ Dave Asprey:

American culture doesn’t allow us to slow down. We’re always on the go, running around to be somewhere that usually isn’t that important or beneficial to us. The Italians have a phrase “dolce far niente”, translation—the joy of doing nothing.

Sit down and have a moment to yourself or with some friends, and enjoy your brew. Or wake up 10 to 15 minutes earlier, grab your favorite bean blend and a chair, and just enjoy the morning. Catch up on some news, read a magazine, or find something creative to start your day off right. But please, no more grab-and-go coffee. You owe it to yourself!

The Threat of Stevens Johnson Syndrome and How to Treat It