Can dead bees take flight in the form of bee art?

As an artist, I am always searching for ways to visually connect all the things that interest me in the world and communicate those connections to others. When I started beekeeping, I had no idea how it would affect my art practice.

I am now at the end of my second season keeping honeybees. It is something I had planned to do since I was a child, and I have three hives that are thriving at present. I do not use any chemicals or invasive methods, and I live in a rural municipality that has banned pesticides and herbicides entirely. Before I was ready to have my own beehives, I read books about beekeeping, and built houses for solitary mason bees (stingless blue bees that nest in holes as opposed to hives). I can say with honesty that I was not sure how I would react to live bees until I was up to my elbows in them, but beekeeping is one of the most rewarding and interesting things I have ever experienced. Bees are completely selfless creatures that live their short lives in service to the greater good, and it is difficult not to respect that.

It was never my intention to have my beekeeping hobby cross into my art practice. Art is a process of connections for me, and this happened very gradually. I had made a few experimental paintings in collaboration with my bees in the past. It was on one of my routine hive inspections that I noticed that the inner cover was made in practically the same way as my painting panels, and that I could probably insert a painting into the hive and see what the bees would do to it. I used non-toxic acrylic paint and placed a small square painting into the top of the hive for two days and was delighted with the perfectly spaced lines of propolis painted across the surface that added a strange new element to the image underneath.

This all changed this year, however, when the bees themselves became the art.

It was on one very cold spring morning that I inspected my hives and found the weakest of the three had suddenly perished. The workers were frozen in mid-activity, feeding, preening, and delivering pollen. Just frozen in place; it was like I was looking at a photograph. It was very disturbing to me, and while my loss was on a relatively small scale, I imagined the scope of the loss beekeepers feel worldwide because of colony collapse disorder (CCD). I decided to keep these bees in my freezer and think about the best way to turn this loss into a unique message that might help spread awareness of bee decline. Because my language of choice is art, I handle my losses with introspection and then a creative burst. From this, the idea developed fairly quickly.

I found the inspiration for my bee works in several patterns found in nature, and I proceeded to make bee art by using thousands of dead bees to replicate these patterns. The bees were placed into position and glued. They were then coated with several thick layers of epoxy resin to preserve them indefinitely.

There was nothing easy about making this work. I spent hour after hour sitting in the same position, placing the delicate bees in the same direction before gluing them. They would stick to my fingers, and would sometimes lose parts of their anatomy, which was upsetting. I had to try to think of them as objects so that I wouldn’t become too sad and discouraged. I also had to work quickly and use icepacks to avoid decomposition. Now, even after the works are completed, I still get nightmares as a result of having done this.

Nothing about this bee art project was spontaneous, which is the opposite of how I paint.

Embrace The All-Natural Goodness And Instant Energy Of A Raw Based Honey Infused Superfood!

“Florid” is arranged in the same Fibonacci mathematical sequence found in pinecones, seashells, and in this case, the seed pattern of the sunflower. I chose sunflowers because they are grown as a monoculture crop for their seeds and oil.

“Circle 1” and “Circle 2” use ancient patterns that have recently surfaced infamous crop circles. Both of these patterns have obvious symbolic ties to agriculture in general, but also imply a mysterious, man-made cause. Monoculture growing practices are detrimental to bees, and neonicotinoid pesticides are used in many countries on sunflowers, corn, etc. These have been found to destroy bees’ navigational systems and are linked to CCD.

When viewed in person, these bee artworks produce a disorienting vertigo-like effect which I liken to the bees’ loss of ability to navigate when exposed to neonicotinoids. That said, the mandala form presents thousands of individual bees working together with a hive mind to form a beautiful design, which is a reminder of hope and renewal.

The bee crisis is worldwide and is as serious a threat as global warming, and yet it is not nearly enough of a household issue. I hope to spread awareness of bee colony collapse to a broad audience with these works, in a conceptual way that elicits a physical and emotional response in people. 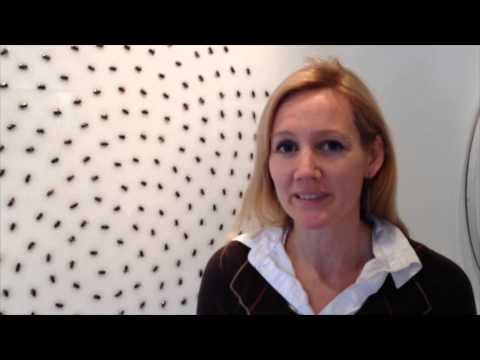 Sarah Hatton often explores the notion of longing in her work; whether examining aspects of childhood or fleeting memories of significant lost places. She investigates collective memory, using the visual vocabulary of her own experience to inform her work. Her work is represented by Galerie St-Laurent + Hill & Gallery 3 in Ottawa, Galerie D’Avignon in Montreal, James Baird Gallery in Newfoundland/Buenos Aires, and Halde Galerie in Zurich. Her work is part of the collection of the City of Ottawa.

The Business Of Honey In The Caribbean

Last Day To Save. Up to 30% Off Select Products.