Cannabinoids are compounds found in the cannabis plant. Their cancer fighting potential is huge. Cancer inflicts tragedy and broken hearts. It’s destroyed and demolished bodies, hurt families, and has somehow confounded and mystified scientists since the days of Hippocrates.

According to the Cancer Institute, in 2016, an estimated 1,685,210 new cases of cancer will be diagnosed in the United States and 595,690 people will die from the disease. We’ve been trying to cure cancer for a century, with ever-worsening odds. At the beginning of the last century the odds were one in 20. Today, one in every two men and one in every three women will get cancer. That’s over 18 million new cancer cases this year, and more than half a billion cancer casualties in the 20th century alone.

The World Health Organization expects the number of new cancer cases to surge by 70 percent within two decades. Recovery odds haven’t improved since the 1950s, despite all the technological “improvements.”

With two out of three cancer patients still dying within five years, perhaps it’s time to rethink our conventional approaches to treating cancer.

About 30 years ago, researchers discovered a new system in our bodies that is a central component to health and healing. It’s called the endocannabinoid system (ECS), and scientists now recognize that the ECS plays a direct role in homeostasis, which means it regulates every metabolic process in the body to keep things running as they should.

Cannabinoids are also believed to have a deadly effect on malignant tumor cells, causing them to consume themselves in a programmed cellular suicide. With too few cannabinoids, the endocannabinoid system works less efficiently, which can result in a whole slew of health problems.

Fortunately, an inefficient endocannabinoid system can be restocked with natural cannabinoids found in the cannabis plant. The best known of these cannabinoids are THC (Delta-9-tetrahydrocannabinol) and CBD (cannabidiol). THC comes from the dried flowers of the cannabis plant (marijuana) and is associated with creating a high. CBD has no psychoactive properties whatsoever. CBD oil reportedly reduces pain, inflammation, seizures, and brings about balance within our bodies.

And yes, there are studies that show promising research of a cannabinoid and cannabis oil cancer cure.

It’s Been Around Longer Than The FDA

While modern medicine is only a few hundred years old, cannabis and its extracts have been around since recorded history.

“Cannabinoids have a long history as part of a cancer treatment program,” Eidelman says, “but mainly for giving appetite and treating nausea and malaise. Only recently has it emerged that larger doses of cannabinoids actually can trigger the body to heal itself. But it’s too soon in the process to make definitive statements. We’re still in the ‘wild west’ of the process. It’s an exciting time in many ways.”

Eidelman echoes a sentiment shared by an increasing number of patients, doctors, and advocates in the fight to help finally cure cancer.

The differentiation of the various strains of cannabinoids help further dispel the stigma for those still operating, as Eidelman describes, “ under the spell of the social hypnosis that cannabis is bad, evil, [and] dangerous.” One need not experience a feeling of psychoactive euphoria associated with THC to reap the benefits of the healing and curative powers of cannabinoids, because there are indeed many different cannabinoids, including CBD, that produce no psychoactive high.

Here is some notable information from the National Cancer Institute about cannabinoids and cancer treatment:

Sharon Kelly — She was 54 year old when the sharp pains began on the left side of her body near her ribs. Doctors diagnosed Kelly with cancer in the lungs that soon spread to her lymph nodes and stomach lining. She was given six to nine months to live. Chemotherapy was no longer an option because her cancer was too advanced. Her daughter scanned the internet looking for a Hail Mary cure. She read something about cannabinoids and convinced her mother to give it a try. After seven months , Kelly’s scans indicated she was completely cancer-free, shocking her oncologist and others familiar with her case.

Cherie Arnold — In 2004, a 14-pound fibroid tumor was discovered in Cherie Arnold’s uterine wall. She was diagnosed with stage I cancer. Three different doctors advised getting a hysterectomy followed up with chemo. Arnold refused. She sensed from the beginning she wouldn’t survive conventional cancer treatments. Instead she read everything she could about naturopathic medicine, which changed the way she lived, ate, and thought about healing.

“What started happening was enlightening because this huge tumor began to shrink and dissolve. My whole system started to light up and become activated. I started resonating with certain frequencies in nature – with powers and experiences. I started listening inward instead of outward. I started to really hear my body, to develop intuition. The more I listened deeply, the more my body healed.”

Dennis Hill — In 2010, Hill, a biochemist, was diagnosed with an aggressive and advanced form of cancer. Like Arnold, he declined radiation, chemotherapy, and surgery. He opted, instead, to treat himself with cannabinoids. According to Hill, his cancer went into remission within six months, and his primary tumor as well as skin lesions dissolved. As a biochemist, he had a profound understanding of how cannabinoids combat malignant cells.

“The primary job of CBD in the cancer cell is to disrupt the endoplasmic reticulum through the wrecking of the calcium metabolism, pushing calcium into the cytosol,” says Hill. “This always results in cell death. Another pathway for CBD to affect cancer cell death is the caspase cascade, which breaks down proteins and peptides in the cell. When this happens the cell cannot survive.”

Hill says these processes are specific to cancer cells only. Normal cells are not affected.

Normal cells are affected with chemotherapy. Chemotherapy is toxic and can in fact kill you.

Dr. Allen Levin, University of California, San Francisco, says that most cancer patients in the U.S. die of chemotherapy. He even goes so far as to say that the results of his studies indicate that chemotherapy not only promotes the growth and spread of cancer cells by damaging the healthy tissue that surrounds tumors, but it also causes cancer cells to develop full-on resistance to the popular treatment, morphing them into “super” cancer cells.

Why Is This Not Surprising?

The first chemo drugs were made from nitrogen mustard, a biochemical weapon better known as mustard gas. The chemical’s tumor-killing potential was discovered accidentally after Germans bombed an allied WWII ship that secretly stocked the illegal weapon. The sailors and the gas mixed in the ocean, killing scores and causing blisters and blindness for the rest, but also showed enough “regression in lymphoid tumors” to warrant the chemical as a cancer treatment.

Your doctor won’t tell you that he’s injecting you with war gas, but you will feel it. First the body tries to rid itself of the poison with a wave of vomiting. Then extreme anemia and fatigue take over as the toxins stop cell division necessary for blood production. The immune system shuts down, hair falls out, and gut lining is destroyed as the poisons attack cell DNA.

Because of extreme toxicity levels, instruction manuals advocate disposal of chemo drugs in a raging inferno (1800 degrees Fahrenheit). Aside from ravishing the body, only two percent of chemo patients survive longer than five years. The cost of extending your life tallies in at $7,000 – $10,000 per month.

Perhaps there’s no greater barometer of cannabinoids potential than Big Pharma’s monetary interest. According to the cannabis advisory firm Viridian Capital Advisors, biotech companies, led by GW Pharmaceuticals, were responsible for more than half of the roughly $400 million investors sunk into the marijuana industry in 2015. That combined with the Federal Drug Administration’s (FDA) continued insistence that cannabis extracts are drugs and not dietary herbal supplements ( which they clearly are), has already led to the pharmaceutical industry’s FDA-approved development of synthetic cannabinoids such as Sativex (for pain) and Marinol (an appetite stimulant).

The problem is that both scientific research as well as patient testimonials indicate that herbal cannabis has superior medical qualities. Not only are they deemed safer to use with no side effects, a 2015 study published in Pharmacology & Pharmacy found that plant-based cannabinoids are more effective, last longer, and provide more anti-inflammatory potency.

Unlike synthetic cannabinoids, herbal cannabis also contains different cannabinoids, with evidence illustrating that whole plants or mixtures of plants rather than isolated compounds often have greater in vitro and/or in vivo antiplasmodial activity than isolated constituents at an equivalent dose.

So what’s a drug company to do? Natural is better than man-made, but because natural CBD products have not been approved by the FDA, they cannot be marketed for the diagnosis, cure, mitigation, treatment, or prevention of any disease.

With all the legal wrangling around medical marijuana, it’s always possible Big Pharma will eventually find a way to corral the market on products with natural cannabinoids. That would not be good for consumers. Vermont Senator and former presidential nominee Bernie Sanders severely chastised pharmaceutical company Ariad for raising the wholesale acquisition price of its leukemia drug Iclusig four times this year: A 30-day pill pack now costs more than $16,000, amounting to $199,000 a year.

Imagine finally finding a cure for cancer that no one but the very rich can afford.

The Other Side Of Cancer

There’s got to be a better way. Currently there is no panacea for cancer. What we do know is one camp, the conventional one, recommends treatments that are invasive, expensive, and largely ineffective. The other camp, the one that features a more natural, balanced whole body approach offers hope yet needs to be further investigated by mainstream research.

Just look at James Watson, co-discoverer of the double helix structure of DNA and father of the Human Genome Project, who made a U-turn on his career-long beliefs that cancer drugs were the answer after 98 percent of his patients went into relapse:

“If we’re ever going to cure cancer,” Watson wrote in a 2013 paper published in Open Biology, “we’re clearly going to have to go back to the days of Otto Warburg (who believed cancer was the result of a metabolic chain reaction) and focus on the metabolism to make any real progress.”

Eidelman says, “Cannabis is the gateway herb to natural medicine. The Infinite Divine gave use thousands of plants with healing potentials.”

Adds cancer survivor Hill, “Many who have sought out cannabis as a last resort have recovered. It’s never too late.”

Watch this video of Dennis Hill explaining how cannabinoids cause cancer cells to die: 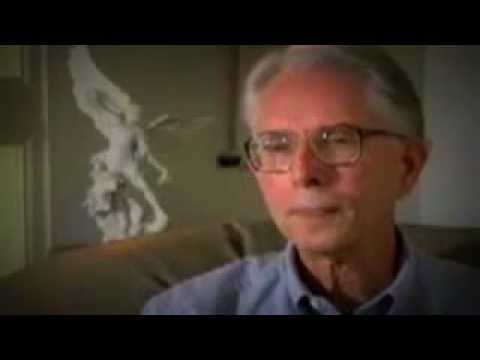