In late 2017, Lady Gaga shocked fans in her Netflix documentary Gaga: Five Foot Two with the news that she battles the chronic pain related to fibromyalgia. After a whirlwind decade of stress and poor eating habits that go into being a pop star on the road, Lady Gaga broke her hip.

Fibro is thought to be triggered by a physical or emotional trauma, and breaking her hip could’ve been the veritable straw that broke the camel’s back. Lady Gaga soon developed fibromyalgia, which wracked her whole body with pain. Lady Gaga’s fibromyalgia struggle even threw her into occasional slumps of depression.

Lady Gaga’s fibromyalgia symptoms forced her to  pull out of a concert in Brazil before she postponed the European leg of her world tour (10 shows)  to get better.

The star eventually took to Twitter in February 2018, to reveal the details of her illness, which she now hopes will raise awareness for a condition that’s long been misunderstood yet widespread.

Today, mainstream media is paying increasing attention to this illness.  Fibromyalgia is a growing chronic condition with symptoms including widespread pain and tenderness, disrupted sleep, and memory and cognitive troubles (also called “fibro fog”). Six million to 10 million Americans are thought to suffer from fibromyalgia, and the majority are female. The disease often hits overachievers, and those who battle with high stress, but now it’s impacting younger and younger people. As with many complex and poorly understood illnesses that affect women, some doctors are too lazy or ignorant to look at the research. Since they don’t know what’s wrong with you, they tell you that “ You must be crazy!”

But now, fibromyalgia can’t be cast off so easily. Many people may call Lady Gaga unique and outlandish. But would anyone dare to say that her debilitating symptoms are all in her head? Lady Gaga’s fibromyalgia struggle is helping make this autoimmune condition find validity in conventional medicine.

Fibromyalgia represents an energy crisis in the body, where the person essentially “trips a circuit breaker” called the hypothalamus. This results in the classic symptoms of inability to sleep despite being exhausted, widespread pain, hormonal problems, and brain fog.

Fortunately, published research has shown that this illness can be effectively treated by optimizing energy production with the SHINE Protocol. This addresses Sleep, Hormones, Infections, Nutrition, and Exercise. With this protocol, our randomized double-blind placebo-controlled study showed that 91 percent of people improved with an average 90 percent increase in quality of life. Natural medicine can also be highly effective, using powerfully effective pain relief mixes such as Curamin and nutritional support with magnesium, ribose, and other nutrients.

So effective treatment is available. What is missing is the proper education for physicians. The good news? You no longer have to wait for your physician to catch up with the research!

Natural Medicine To The Rescue

Free online tools are available that can analyze a person’s symptoms and lab tests to determine what areas need to be optimized using the SHINE Protocol approach.

Sleep– Because the hypothalamic sleep control center is not working properly, the inability to get a good night sleep is a hallmark of fibromyalgia. It usually takes a mix of treatments for people to be able to get the eight hours sleep, but it’s well worth it because optimizing sleep not only helps energy, but also markedly decreases pain, and improves cognitive and immune dysfunction. Natural remedies that can be helpful include melatonin (I find Dual Spectrum by Nature’s Bounty to be best. Available at Walgreens or Amazon),magnesium, valerian, passionflower, 5 HTP, theanine, lemon balm, hops, and a host of others. The last six can be found in combination in a superb sleep herbal called the Revitalizing Sleep Formula. Numerous other natural options are available, and standard medications can also be helpful in low doses or temporarily.

Sleep hygiene tips can also be important. For example, many people who suffer from fibromyalgia find that they wake up between 2 and 4 AM. This often occurs due to a drop in blood sugar while sleeping. Try a 1-ounce protein snack at bedtime (e.g. – a hard-boiled egg or some meat, fish, or cheese) to see if this helps.

A hot bath with two cups of Epsom salts added can also be powerfully effective for pain and sleep. Add a few drops of lavender oil to deepen the relaxing effect.

Hormonal Optimization –Especially thyroid and adrenal. Blood tests will miss the vast majority of people who need hormone support, typical blood tests are often meaningless. Instead, hormonal treatment needs to be addressed based on symptoms.

Infections – most important would be Candida overgrowth, which reflects as nasal congestion, sinusitis, and gut symptoms. Avoiding sugar, taking a good probiotic, and using herbal and prescription antifungals can be helpful. Numerous other infections including Lyme disease, viral infections, and a host of others also need to be looked for and addressed. A powerful way to fight infections naturally is with colloidal silver or some other form of silver.

Nutritional support – use a good multivitamin powder high in B vitamins and magnesium such as the Energy Revitalization System. Also add coenzyme Q10 200 mg a day taken with food.

An especially helpful nutrient? Two studies that I was the lead author on showed that SHINE Ribose powder 5 g 2-3 times a day increased energy an average of 61 percent, while also improving sleep and cognitive function and decreasing pain.

Molecular hydrogen is also a powerful way to combat oxidative stress and rejuvenate the cells in your body.

I had fibromyalgia in 1975. It knocked me out of medical school for years and left me homeless. I must admit that being on the other side of the white coat was a powerful educational experience! I have spent the last 40 years researching and writing about this illness, while helping thousands of people in my medical practice to recover.

In addition, we have created numerous free tools at Vitality101, so that everybody can get well – even those financially devastated by this illness. Not sure if you meet the diagnostic criteria for fibromyalgia or chronic fatigue syndrome? A free quiz (see step two at ) can tell you in under two minutes. Meanwhile, the free Energy Analysis Program (See step three) quiz can analyze your symptoms, and even lab tests if available, to determine what is causing your energy drain, and tailor a program for your case using the SHINE Protocol principles. Much of this can be applied on your own, and can also guide open-minded physicians on how to best help you as well. 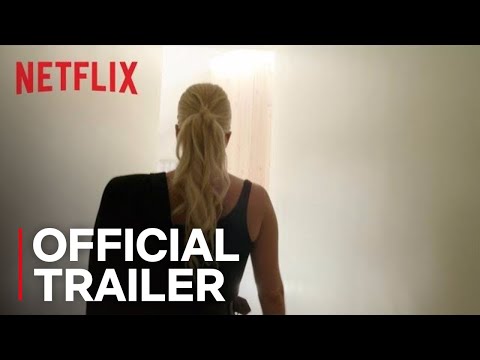 Jacob Teitelbaum, M.D., Director of the Practitioners Alliance Network, is one of the most frequently quoted integrative medical authorities in the world. He is the author of the several best-selling books including From Fatigued to Fantastic! and The Fatigue and Fibromyalgia Solution. He is the lead author of four studies on effective treatment for fibromyalgia and chronic fatigue syndrome. Dr. Teitelbaum appears often as a guest on news and talk shows nationwide including Good Morning America, & Oprah & Friends. Learn more at www.Vitality101.com.