What is the truth about MMR vaccines. On June 29, 2015, following a measles outbreak that was traced to Disneyland, Governor Jerry Brown signed California Senate Bill 277, banning personal and religious belief exemptions for vaccinations in school children. Anti-vaxxers, including parents who believe vaccines are linked to autism, have been scrambling to find solutions before the law goes into effect in July of 2016.

In October 2015, a case that challenged New York’s ban on the personal belief exemption was rejected by The U.S. Supreme Court. The high court’s denial confirmed that the new law is not regarded as a violation of the constitutional rights of children.

All 50 states require some form of vaccination for children entering public school, but there is no federal law in place. When vaccinations are mandatory on the state level, and the Supreme Court does not permit dissension, parents who claim violation of their religious freedom have little protection or legal recourse. 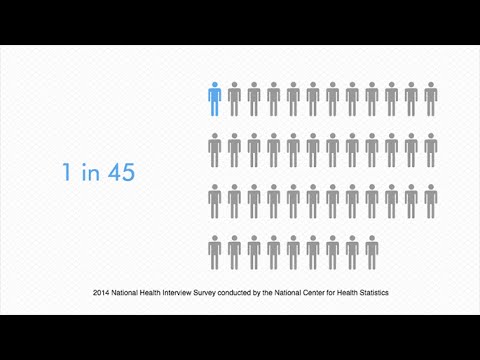 Currently, 1 in 45 children are at risk of developing autism spectrum disorder (ASD). Just six years ago, research from the CDC showed rates at 1 in 68. Over the past 14 years, the prevalence of ASD has steadily increased.

Vaccination is a big business with more than 271 vaccines in development and $23.9 billion in global revenues, thanks in part to an increase in the number of flu cases, virus mutations, and outbreaks.

Stephen A. Krahling and Joan A. Wlochowski argued that the big pharma brand “(ii) used improper testing techniques, (iii) manipulated testing methodology, (iv) abandoned undesirable test results, (v) falsified test data, (vi) failed to adequately investigate and report the diminished efficacy of its mumps vaccine, (vii) falsely verified that each manufacturing lot of mumps vaccine would be as effective as identified in the labeling, (viii) falsely certified the accuracy of applications filed with the FDA, (ix) falsely certified compliance with the terms of the CDC purchase contract, (x) engaged in the fraud and concealment described herein for the purpose of illegally monopolizing the U.S. market for mumps vaccine, (xi) mislabeled, misbranded, and falsely certified its mumps vaccine, and (xii) engaged in the other acts described herein to conceal the diminished efficacy of the vaccine the government was purchasing.”

Merck’s attempts to dismiss these claims were thrown out of federal court.

Merck is the 7th largest pharmaceutical company and pulled in $42.2 billion in revenue in 2014. Their lawsuit history shows continual disregard of the many adverse effects of their medications.

Vioxx, a painkiller, and Gardasil, an HPV vaccine, both landed the company in class action lawsuits — Vioxx for causing over 40,000 lethal heart attacks and Gardasil for increasing the chances of Guillain-Barré, an inflammatory disorder of the peripheral nerves.

CDC scientist William Thompson alleged a data cover-up on high rates of autism in African-American boys who had received the MMR vaccination.

In Japan the MMR vaccine has been banned since 1993, after 1.8 million children were given two types, resulting in multiple cases of non-viral meningitis, three related deaths, and eight cases of permanent disabilities, ranging from damaged hearing and blindness to decreased motor function of limbs.

Even after consideration of a different strain, an analysis showed one in every 900 children had an adverse reaction to the vaccine — a huge increase from the alleged one out of every 100,000 to 200,000.

In 2012 the Italian Health Ministry conceded in court that the MMR vaccine caused autism in nine-year-old Valentino Bocca.

MMR Legally At Fault In The U.S.

The CDC defines autism as “a developmental disability that is caused by differences in how the brain functions.”

In 2013 the National Vaccine Injury Compensation Program (NVICP) awarded the Mojabi family more than $10 million for pain and suffering due to the court’s finding that the MMR vaccines had caused encephalopathy, a general term for brain disease or malfunction, which produced symptoms of autism, leading to the ASD diagnosis in the child.

It was between 2003 and 2005 when Ryan Mojabi received his mandated MMR vaccination, along with a hepatitis B vaccination. The northern California native was two at the time. During the trial, his mother testified that later that day, he developed uncontrollable tremors and complained he did not feel well.

As they prepared for a family trip over the next few days, Ryan’s health began to deteriorate. His mother continued to testify that he was unable to sleep, had little energy, offered little speech, and soon had difficulty breathing. At the airport, he began to scream and violently pull her hair.

While on their journey, Ryan developed a high fever, red spots, and began vomiting. After being rushed to the hospital, the attending physician diagnosed Ryan with “febrile convulsion probably related to MMR.” The following day a second physician diagnosed Ryan with high fever, skin rash, tremors, and lethargy, “most likely due to an adverse reaction to multiple vaccines he received earlier.”

Although the governing bodies argued that Ryan’s medical records were inconsistent with Ryan’s parents’ testimony, in October 2010, January 2011, and May 2011, Ryan’s attorney filed four new exhibits, along with a motion to supplement his disclosures.

A month later, The Department of Health and Human Services (HHS) conceded the case, and in January 2013 Ryan and his family were awarded a lump sum, including money for his loss of future earnings, pain and suffering, life expenses, and past expenses.

HHS established the National Vaccine Injury Compensation Program (NVICP) in 1988 to compensate families and individuals injured by childhood vaccines. The Department of Justice and the Court of Federal Claims, two governing bodies, also play a role in the NVICP.

Check Out The Top 8 Consisten Winners Screened Out From Over 1000 Alternative Health Solutions.

Does Concession Translate Into Guilt?

The government’s concession of wrongdoing in these cases raises a big question: Why would the VICP pay million dollar settlements when the CDC claims there is no link between vaccines and autism? Although the families’ victories do not explicitly prove that the government believes MMR vaccines lead to autism, they do validate the beliefs of many anti-vaxxers — that something is fundamentally wrong with the vaccination process.

“The most common infections in the first two years of life in the children with neurological, psychological and atopic disorders are ear infections, chest infections, sore throats and impetigo,” writes Campbell-McBride.

“At the same time in the first two years of life the child receives a lot of vaccinations. A child with compromised immune system does not react to vaccinations in a predicted way. In most cases vaccines deepen the damage to the immune system and provide a source of chronic persistent viral infections and autoimmune problems in these children.”

Since 1988, the VICP has received more than 16,629 petitions for health injuries and damages incurred due to vaccination. More than 4,000 of those petitions received compensation totaling nearly $3.2 billion. That’s a boatload of money to hand out if you believe the vaccines you recommend, mandate and provide to millions of children have no detrimental effects and no links to autism.