The parasite Toxoplasma gondii resides in roughly half the human population. It’s considered a fairly harmless critter for healthy humans but wrecks havoc on weak immune systems (e.g. AIDS patients and infants), where it can manifest as the serious and often fatal toxoplasmosis. Symptoms include headache, confusion, seizures, lung infection, blindness, and brain damage. CDC also sites the disease as the second leading cause of death by foodborne illness.

On August 10, 2015, Impax Laboratories, the company that owns the patent to Daraprim, the drug used to treat toxoplasmosis for the past 60 years, announced the sale of the drug to New York-based Turing Pharmaceuticals AG.

Within 30 days of the acquisition Turing Pharmaceuticals raised the price of Daraprim from $13.50 to $750 per pill (previously sold by Glaxo at $1 per pop).

The Infectious Diseases Society of America (IDSA) and HIV Medicine Association (HIVMA) objected to the price hike as “unjustifiable and unsustainable.” Treatment under the new pricing structure can cost the patient up to $634,500 per year, the NGOs calculated.

Daraprim has been on the market since 1953 and is on the WHO List of Essential Medicines.

The founder and CEO of Turing Pharmaceuticals, Martin Shkreli, justified the price hike.

“We intend to invest in the development of new drug candidates that we hope will yield an even better clinical profile, and also plan to launch an educational effort to help raise awareness and improve diagnosis for patients with toxoplasmosis,” Shkreli states in a Turing press release on August 10th.

Shkreli is a 32-year old Albanian American hedge fund manager who has specialized in healthcare stock-picking since 2000. Lately, he’s been involved in biotech companies as a founder. Shkreli founded Retrophin Inc in February 2011 as a potential solution to Muscular Dystrophy, but was fired by the board in 2014 for the alleged manipulation of the FDA regulatory process for his own financial gain.

(Incidentally, on August 17, 2015, Retrophin filed a suit against Shkreli seeking $65 million in damages for “breaching his duty of loyalty.” The board members were also concerned about his occasional “brash” twitter persona.)

Turing Pharmaceuticals is Shkreli’s new instrument for wealth creation. The $90 million that Turing required for the acquisition of Daraprim came from Shkreli himself and a group of unnamed benefactors.

Considering the 5,455% price hike on an essential medicine that treats a parasitic infection latent in up to half of the world’s population, Shkreli’s latest investment seems solid – at least from an ROI perspective.

Is Turing’s acquisition of Daraprim simply Shkreli’s latest ploy to exploit a drug patent for exorbitant personal financial gains or does Shkreli also have other goals in mind? You may ask him directly on his twitter feed where he offers answers to curious commentators. Shkreli is not alone with his pricing strategy as generic drugs are being hiked to 10.000-20.000% markups by the pharmaceutical industry in the U.S. (average markup in Canada is 50%). The antibiotic Doxycycline, for example, went from $20 a bottle in October 2013 to $1,849 by April 2014. Bernie Sanders recently initiated an investigation for Valeant Pharmaceuticals for the same reason.  These price hikes are part of a national trend driven by the Big Pharma.

Ironically, Shkreli’s actions may even be attributable to the parasite that Daraprim was designed against. The potential effects of latent forms of T.gondii infection have surfaced only lately, thanks to research by a Czech scientist, Jaroslav Flegr. According to Flegr, compared with uninfected men, males with T.gondii were more introverted, suspicious, oblivious to other people’s opinions of them, and inclined to disregard rules. They had also a higher propensity to car crashes, suicides and schizophrenia.

If that’s the case, maybe it’s a parasite that hijacked the parasite drug. Shkreli’s very own T.gondii.

POST SCRIPT. In response to the public backlash Shkreli has announced on September 22nd that he will reduce the price from $750, without specifying what the final price will be. 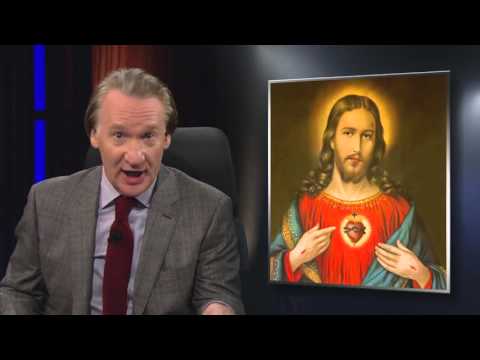 Jan Wellmann  is co-founder of HoneyColony and an independent investigative journalist focusing on alternative health & energy. Follow him at @janwe.

The Business Of Honey In The Caribbean

Last Day To Save. Up to 30% Off Select Products.