Getting enough fulvic acid is key to having a healthy body, but what is fulvic acid exactly? Even those who subsist on 7-Eleven can probably tell you a little something about vitamins A through E, yet when it comes to trace minerals, it’s safe to say many can’t identify, or even spell, certain significant elements (molybdenum,* anyone?).

What are trace minerals?

What are trace minerals? Basically, they’re the stuff found naturally in rocks and ores — the literal “salt of the earth.” Essential liquid minerals in the soil feed the plants that feed us (and the animals we eat).

Unfortunately, pesticides, fertilizers, and erosion have steadily damaged this delivery system. When growing crops in this “dead” soil, all food is junk food because it comes from depleted soil. And mineral deficiencies make our bodies sick. What are trace minerals?

The health-food market has responded with an array of mineral supplements. Popping a pill seems like an easy fix, but many of these products include a cocktail of metals we don’t really need. Plus, colloidal minerals on their own are of little value because our bodies can’t absorb them. They require small amounts of fulvic and humic substances to bind and purify them into functioning form. If minerals are engine parts, think of humates and fulvates as the mechanic and the driver.

So what is fulvic acid?

The next question we should ask is “What is fulvic acid?” Put simply, fulvic acid makes nutrients transportable into and through our cell membranes. Mineralizing our bodies without fulvic acid to complete cellular metabolism has little benefit. What are trace minerals?

What is fulvic acid good for?

The wonders of fulvic acid are endless. It’s a powerful antioxidant, detoxifier, enzyme activator, digestive agent, and natural electrolyte. Fulvic acid not only makes our bodies work and feel better; it might make you behave better. Because it optimizes the energy you need, for example, you’re less likely to overeat. And because it detoxifies the body of harmful pollutants like nicotine, you might be less likely to crave a smoke. What are trace minerals?

What is fulvic acid made from?

Fulvic acid is formed by microorganisms feeding on decomposing flora, and for millions of years it was vitally present in the plants animals like us ate. In industrial farming today, however, crucial microbial activity is destroyed by chemical treatments used to control bugs and increase yields.

We are, as they say, what we eat, and a diet of unhealthy, unhealthful food crops leaves us vulnerable to sickness and disease. What are trace minerals?

What is fulvic acid found in?

How do you include fulvic acid in your diet? The simplest answer is to dig in the dirt: Look for organic vegetables like potatoes and radishes that grow directly (and deeply) in soil. (Or try a humic acid and fulvic acid supplement from HUmineral.) What is fulvic acid?

Additionally, organic blackstrap molasses, a sweetener, is another good source of fulvic acid because it comes from raw, unprocessed sugarcane, a plant whose roots extend two to five yards into the earth. Fulvic acid is also found in shilajit, a natural substance known (awesomely) as “rock sweat” that’s obtained from cracks in the steepest Asian mountain ranges. (In China, government-grade fulvic acid, or “wujinsan,” is a medicine that’s been popular since the 14th century.) What is fulvic acid?

Fulvic acid is also safe and beneficial as a bath therapy. Mud bogs in Europe produce a peat moss with high concentrations of it. And geological deposits in New Mexico have also been tapped as a commercial source.

Odorless in its pure form, fulvic acid is yellow in color. It should not, however, have a taste; if it does, it’s likely impure and chemicals have been added.

That said, fulvic acid hasn’t been synthesized yet, and due to its complex structure, it might never be. So beware of counterfeit claims. What are trace minerals? 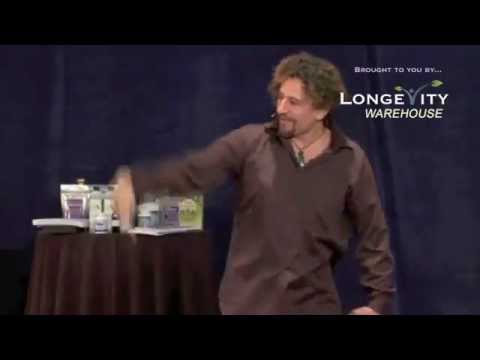 *Molybdenum, in case you’re wondering, is a metallic element that aids in metabolism. A trace amount is available in cereals and leafy greens — those grown in healthy, bioactive topsoil, that is (or, to coin a phrase, those that are “grown fulvically”).

Brett Barth is a cultural reporter who has covered everything from large-scale environmental disasters in the Gulf Coast to small inspirations like “Precycling” (that’s doing recycling one better by eliminating packaging altogether). He’s currently at work on a novel involving the use of land art to protect wildlife. He lives in Venice, Calif., and in his spare time, he makes mixed attempts to repurpose things.