Skip to content
Free Shipping on all U.S. orders above $49.99 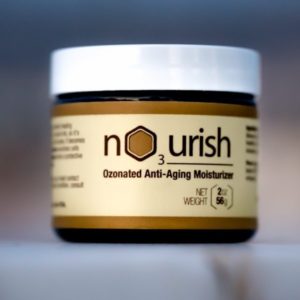 Jojoba oil is almost identical to your skin’s natural oils, so it’s easy to absorb and doesn’t clog pores. By infusing it with ozone, it becomes an oxygen-rich moisturizer. Then we mix nutrient-dense bee pollen, which nourishes cells and tissues and prevents premature aging, and Beeswax, which forms a protective barrier against irritants while allowing skin to breathe. The combined effect is greater than using all these ingredients individually!

Why We Love It:

Wonders of Jojoba: This woody shrub covers about 40,000 acres of desert in the southwestern U.S. and has countless beauty benefits. For one, jojoba is replete with all of the vitamins and minerals essential for healthy skin and hair: vitamin E, B-complex, copper, zinc, selenium, iodine, and chromium. And it’s even gentle enough to be used on sensitive skin without causing allergic reactions. Jojoba’s also a miracle worker when it comes to dealing with a shiny, uncooperative T-zone — it mimics the activity of your body’s natural oils, so your skin won’t overdo it.

Jojoba is also wonderful on unsightly scars and can speed up the healing process of wounds. Finally, it’s also beneficial against acne because of it’s anti-microbial properties. Jojoba contains iodine, which may fight harmful bacteria growth that causes pimples, blackheads, and breakouts.

Activated Oxygen: Activated oxygen — also known as ozone — is produced by adding an electrical charge to pure oxygen. Ozone contains three oxygen atoms rather than the two we usually breathe (O2 O1= O3). Ozone is actually nature’s way of cleansing. It works like this: Since ozone is heavier than oxygen, it “falls” through the air. As it does, it attaches to pollutants and cleans the air we breathe. That third atom is like a scavenger, destroying pollutants, bacteria, viruses, odors, and free radicals. Unfortunately, this powerful third atom lasts only about 20 minutes before it perishes, leaving behind pure oxygen. But while it lasts, ozone’s extra atom is a natural powerhouse of healing. Ozone has a long track record and over 3,000 medical references demonstrating its safety and effectiveness. Seven thousand European doctors use medical ozone with their patients.

O3 is used in operating rooms, swimming pools, and municipal water systems. Some alternative practitioners even fight infection with intravenous ozone — discretely, of course, since the treatment is not FDA-approved. Meanwhile, the process of bubbling ozone through plant and vegetable oils dates back to the beginning of the 19th century. People with lung infections and other respiratory disorders would inhale the fumes from the ozonated oils as part of their treatment.

Anti-Aging Effects of Beeswax: Beeswax has been shown to lower cholesterol, relieve pain, reduce inflammation, and treat digestive ailments. It’s also been proven to protect liver health because of its antioxidant effects.

Beeswax is natural and non-toxic and helps protect skin from environmental assaults, while also holding in moisture and reducing dryness.  Unlike yucky, unsustainable petroleum, beeswax doesn’t “suffocate” the skin, and won’t clog pores. Meanwhile, like honey, beeswax has antibacterial properties, helping to keep skin clean and reducing the risks of contamination in the formula itself.

The honey/beeswax mixture inhibita the growth of bacteria and fungus, making it a potential treatment for diaper rash and other bacterial skin conditions. And when you put it on, you attract water molecules, helping to keep skin hydrated over time. Beeswax is also a wonderful sources of Vitamin A and helps with cell turnover and reconstruction. Not to mention it naturally smells divine!

If you suffer from dry skin, beeswax can help. Its anti-inflammatory properties also help encourage the healing of wounds. Studies have even found that beeswax may be effective against hemorrhoids.

Bee pollen is a nutrient-dense superfood from the hive. It is loaded with ‘skin health’ boosting substances like zinc, and silica. It also contains an extremely high amount of antioxidants that prevent free radicals from stress, pollutants, chemicals in your environment and radiation from the sun.  Read more about bee pollen here.

You can also purchase NO3URISH Wholesale Anti-Aging Moisturizer with Patchouli: 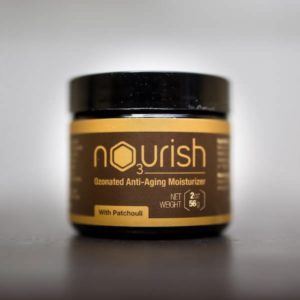 Patchouli has long been used in skin care for its ability to help alleviate such issues as acne-prone conditions, eczema, inflammation, and cracked, chapped skin.

Once used as a natural insecticidal for clothing, patchouli eventually became revered as one of the most versatile essential oils available. Patchouli is a member of the mint family and is primarily native in the tropical regions of Asian countries such as China, Indonesia, India, the Philippines, Thailand, and Vietnam. The leaves of this pale pink-white flower are put through a steam distillation process to extract the essential oil and reward your body with its numerous benefits.

Please fill out the form below for more details on ordering original  NO3URISH Wholesale Anti-Aging Moisturizer or with Patchouli,  and we will get back to you within 1 business day.